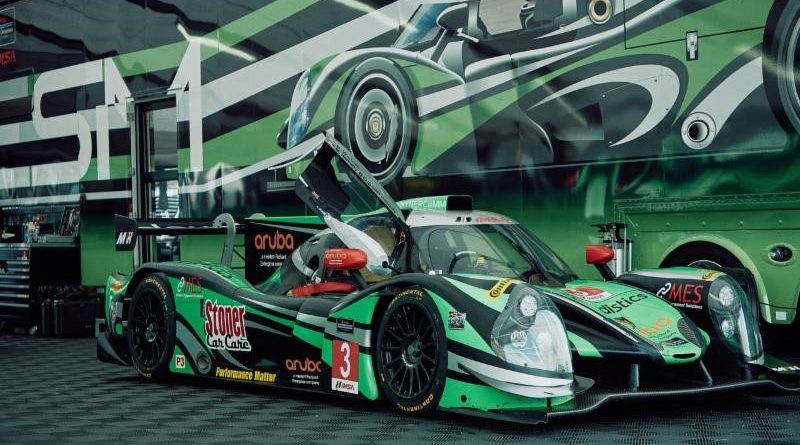 The IMSA Prototype Challenge presented by Mazda concludes this weekend at Road Atlanta, and Extreme Speed Motorsports driver Kris Wright holds a 23 point lead in the championship standings with just one race remaining. ESM Teammate Max Hanratty is also in contention for the title, sitting in third just 27 points behind the leader.

“I’m beyond thrilled with the job that the ESM Prototype Challenge team has done this year,” said Team Owner Scott Sharp. “Many thanks to Sean Creech and all of our guys! The team has worked relentlessly and each of the drivers has pushed extremely hard. Thanks to everyone for making this season so special!”

Wright currently stands as the only driver in the LMP championship to finish on the podium for every race so far this season. With two 2018 wins and an additional three podiums under his belt, Wright could easily grab the championship title with one more podium result. He will be joined in the No. 30 Ligier JS P3 by sports car racing veteran Nic Jonsson.

Lance Willsey will round out the Extreme Speed Motorsports effort, piloting the No. 33 Ligier JS P3. Willsey earned a top ten finish earlier this year at Sebring International Raceway, a track notoriously challenging for drivers of all experience.

“Kris is going for the championship and has done a stellar job all season,” said Sharp. “We welcome Nic Jonsson, who was key to putting the No. 30 effort together, as Kris’s co-driver for Petit. Max Hanratty has a great shot at making it a 1-2 in the Championship for ESM and while many of the races haven’t gone his way, Max has also done an outstanding job. Harry Gottsacker joins the team for the first time as the co-driver in the #3 and we are super excited to see him shine! Finally, Lance Wilsey, a team favorite, has impressed us all throughout the season! He relentlessly pushes himself to chase down drivers that are 35 years younger than him and does a killer job!”

The IMSA Prototype Challenge field will take the green flag Friday, October 12 at 8:00AM. The race will stream live in its entirety at imsa.tv.